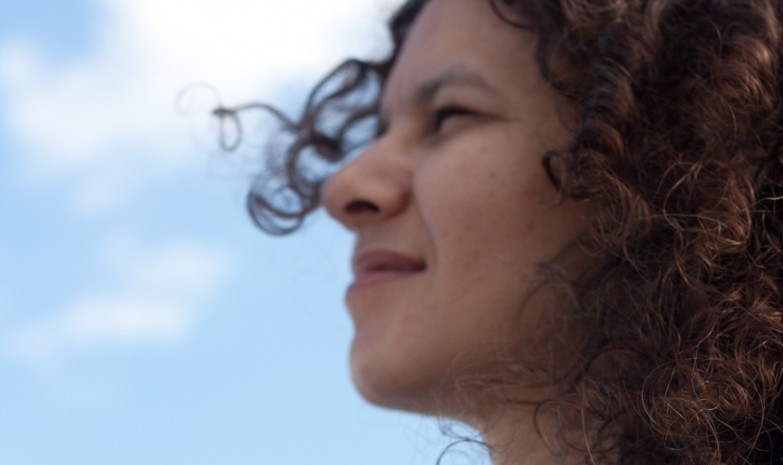 Keyla Orozco received professional music education since the age of 8. She started with piano at the Conservatory in Santiago de Cuba, her city of birth, and later at the Escuela Nacional de Arte (ENA) in Havana, where in 1998 she obtained her diploma in Piano Pedagogy and Performance. In 1993 she became a Bachelor in Composition at Instituto Superior de Arte (ISA) in Havana under the guidance of Harold Gramatges. Later she followed advanced composition studies for three years with Theo Loevendie at the Koninklijk Conservatorium in The Hague and at Conservatorium van Amsterdam.
Keyla Orozco is established in The Netherlands as an independent artist since 1996. Her compositional work has been awarded among others with the Guggenheim and the Cintas Fellowships, as well as a MacDowell Residence Fellowship, all in the USA. She has received numerous commissions to write for outstanding Dutch ensembles and soloists such as: Nederlands Kamerkoor, Nederlands Fluitorkest, Asko ensemble, De Ereprijs, Nieuw Ensemble, David Kweksilber Big Band, Ricciotti Ensemble, Combustion Chamber, Susanna Borsch, Ernestine Stoop, Mikhail Zemtsov and many others. Her works are published by Muziek Centrum Nederlands (Donemus) as well as by her own enterprise. Orozco has also developed a career as a teacher since 1993, working both privately and at institutions such as Instituto Superior de Arte in Havana (teaching Counterpoint), Conservatorium van Amsterdam (assistant professor of Composition in the class of Theo Loevendie) and The British School in The Netherlands (piano teacher). She is currently focused on her own children’s music education project.

Writing a piece for the DKBB has been a unique, challenging and enriching learning experience. Both the process of writing and seeing how everything was put together during rehearsals were quite exciting and inspiring to me. Since it was my first time in dealing with a dancer and with an ensemble that combines improvisers with classical musicians, at first I was slightly in doubt if I was going to be able to properly accomplish David’s request for writing for this band. However, since I always prefer challenges and I liked the concept of this unusual formation, I decided to go for it and I concentrated my energy on solving what seemed to be in the first place a complicated issue. I am a composer from a classical background and improvisation is not ‘in my blood’. It has always been difficult for me to ‘let things go’. But after this experience I felt that a whole new world of creativity opened to me, it encouraged me to continue seeking ideas in this direction. Therefore I want to thank this great team of performers, especially the tapdancer Peter Kuit, the main soloist on my piece. And of course, thank you David for your great job, your strength, enthusiasm and professionalism.

Met de Schoenen was commissioned by the Fonds voor de Scheppende Toonkunst and written for the David Kweksilber Big Band.
This work is a mix of afro-Cuban and Venezuelan Joropo rhythms, jazz elements and classical/ contemporary music techniques. Although most of the notes are written on the score, there is space for improvisation as well. Some musicians of the band participate on improvisatory solo sections during the piece, but it is the tapdancer Peter Kuit who plays the main role as a soloist and improviser, therefore the title ‘Met de schoenen’. However, the main idea for choosing this title came from a very personal and humoristic story between the composer and a special nine-year old (at the time of writing) friend, Paco Lino Kuit, to whom this piece is dedicated.